Seeing Scholars in the Steel City 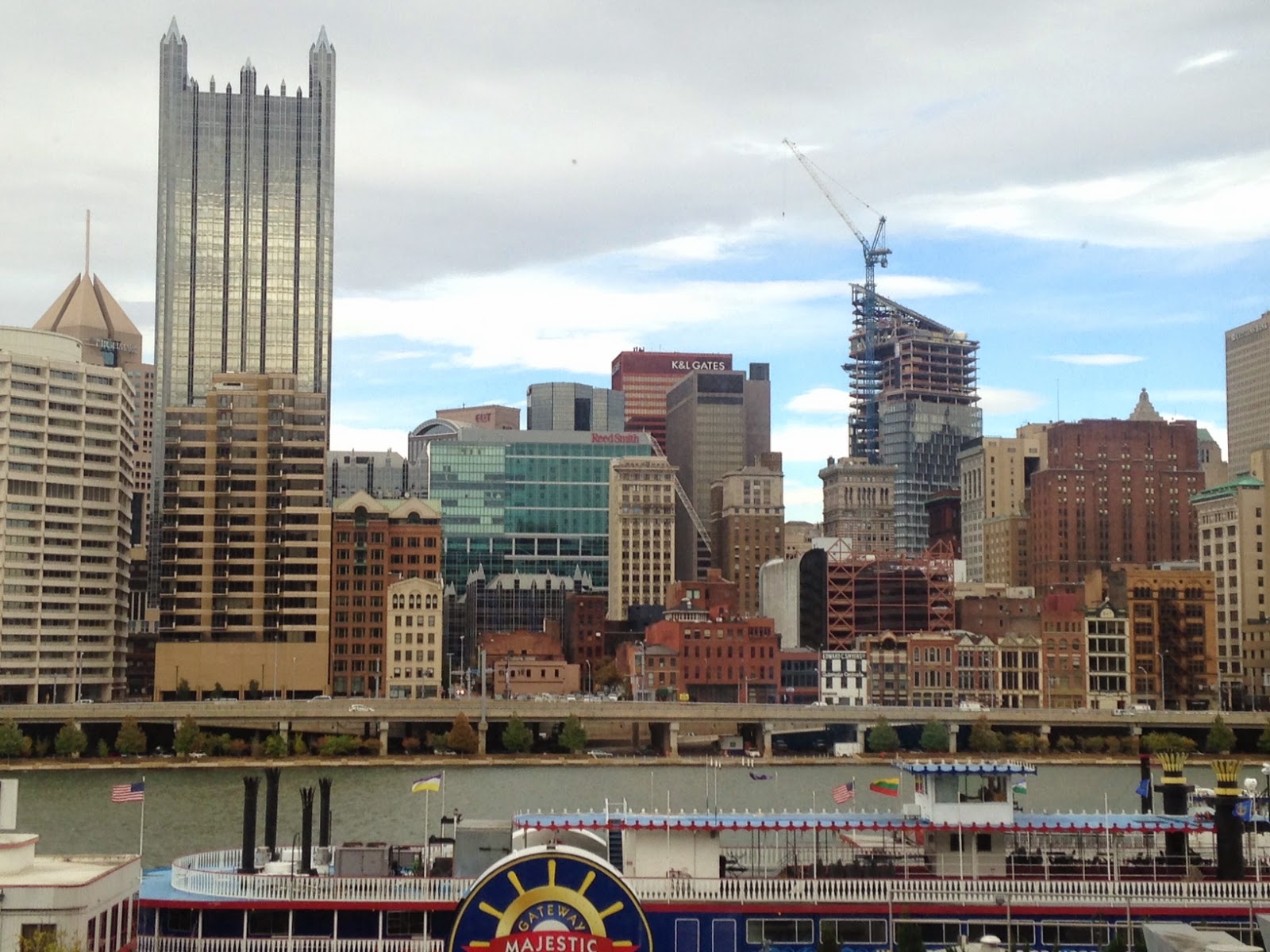 Pittsburgh may be known as the city of bridges and steel, but it could also be known as a city of Elks scholars, many of whom attend the city’s numerous universities.

As this was my first opportunity to travel on behalf of the Elks National Foundation, I was incredibly excited to learn how to best serve our scholars to ensure their scholarships aided them in achieving their educational goals.

Programs Relationship Associate Anne Stretz and I recently visited the Steel City to attend the National Scholarship Providers Association’s annual conference. While we spent the days learning how to best serve and engage our scholars, we were able to spend some time connecting with our Pittsburgh scholars over dinner at a local restaurant.

I was looking forward to putting faces with names and meeting the scholars whose goals we were helping to make possible. It was an amazing opportunity to connect and learn about what they are involved in and their plans for the future.

They ranged from freshmen to seniors and came from multiple universities. Legacy scholar Danielle Richetelli and Most Valuable Student scholar Mark Jordan, who are both freshman at the University of Pittsburgh, spoke about their first few weeks at their new university. Mark was lucky enough to score a spot in the university’s newest dorm, making Danielle a jealous fellow freshman! 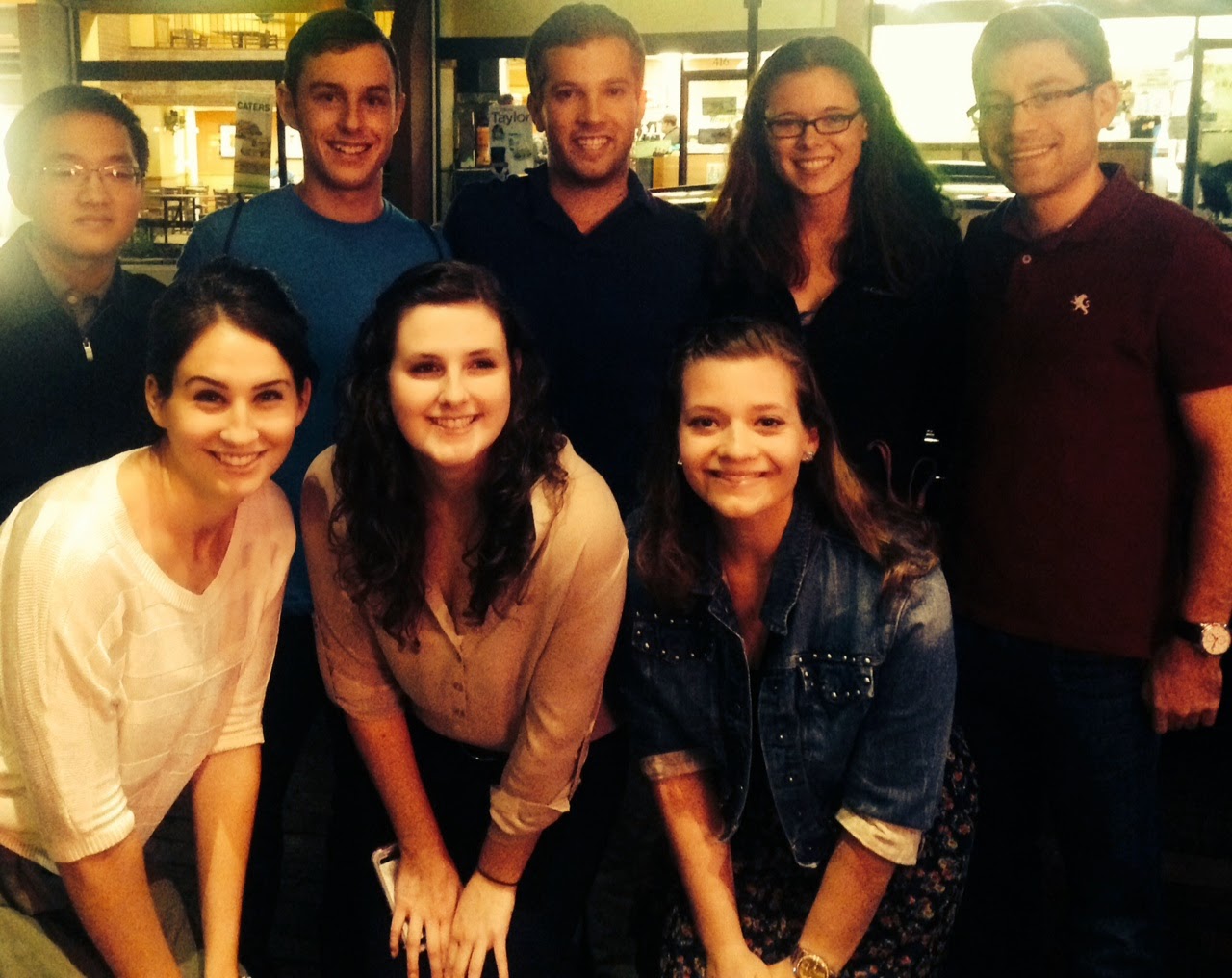 Lauren Drumm, a senior Most Valuable Student scholar representing Duquesne University, regaled us with stories of her recent study abroad experience in Iceland, where she hiked up mountains and swam in glacial waters. Back home in New Jersey, her mother was inspired to join the local Elks Lodge (more to follow on that story!).

Several senior scholars who were looking forward to their journeys after college also joined us.

After four years of studying computer engineering at Carnegie Mellon, Most Valuable Student scholar Ian Glasner is looking forward to a career at Google in his home state of California—that is after he makes it through his last few rounds of final exams!

Fellow Carnegie Mellon senior and Emergency Educational Grant recipient Anna Vande Velde enjoys her time studying psychology, accomplishing a high GPA in between working her four part-time jobs. With her senior year in progress, Anna is getting ready to apply to graduate school. She ultimately plans to help people through a doctorate in clinical psychology.

While they attend different colleges, with varying majors, interests, and career aspirations, they all had one thing in common—the support of their Elks family.

Visiting Pittsburgh was an incredible opportunity to see the profound impact ENF scholarships have on the lives of our scholars. With knowledge gained and fond memories of time with my Elks family, I am excited to continue helping Elks build stronger communities, one scholar at a time.

In 2014-15, the Elks National Foundation appropriated $4.06 million to fund the ENF scholarship program, which provides college scholarships, ensuring a bright future for our nation’s youth. Today’s Elks scholars can be tomorrow’s Elks. Be sure to include Elks scholars from your Lodge in Lodge events and service projects. For more information about our scholarship programs, and for ways Lodges can get involved with Elks scholars, visit www.elks.org/enf/scholars.