The Cornerstone of Service 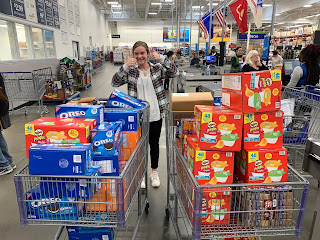 Lydia Smeltz is a 2017 Legacy Awards recipient, sponsored by West Shore, Pa., Lodge No. 2257. Legacy scholars are required to serve with a Lodge at least once per year, and Lydia served with a Lodge near Duke University, where she’s a junior. Lydia received a 2019-20 Cornerstone Grant, a $500 grant available to Legacy Awards recipients interested in expanding a community service project in their Lodge community.

As a Legacy Scholar, I had the opportunity to work with Raleigh, N.C., Lodge No. 735, which is quickly becoming my “home-away-from-home” Lodge. I had previously served with the Raleigh Elks over the summer during one of their weekly bingo nights, and when I heard about the opportunity to apply for the ENF Cornerstone Grant, I was eager to go back. I reached out to the Elks I had met, and we worked together to identify an existing service project that could be extended with the help of a Cornerstone Grant.

For the past five years, the Raleigh Elks have worked with the United Service Organizations, Inc. to provide snack bags for troops traveling through the Raleigh-Durham airport during the holidays. By organizing this event twice a year, the Raleigh Elks are able to support service men and women during the Thanksgiving and Christmas holidays. 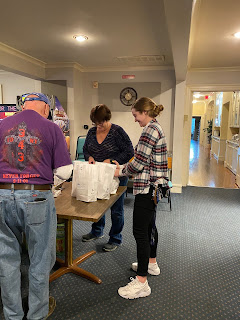 With the help of the Cornerstone Grant, the Raleigh Elks and I packed 500 bags for the troops! We stuffed the bags with Oreos, cheese crackers, Pringles, granola bars, bubble gum and Slim Jims. I helped two PERs, Robin and Gary, shop for the snack bag items at Sam’s Club. We certainly were not messing around; we had two overflowing shopping carts by the end of our trip. We then took all the items back to the Lodge, and multiple members helped to assemble the bags. I could tell that the members had done this before—the assembly line was seamless. It was quite impressive that we were able to pack all 500 bags in under 40 minutes! My specific job was to staple all the bags shut at the end of the assembly line.

I am so thankful to the ENF for awarding me this grant in order to give back to the troops traveling through the Raleigh airport during the holidays. I would also like to thank the Raleigh Elks for welcoming me with open arms.


For 2019-20, the Elks National Foundation allocated $1.4 million to fund 300 Legacy Awards scholarships for the children and grandchildren of Elks. If you know any Elks children who are high school seniors, encourage them to visit enf.elks.org/leg for information, including eligibility and deadlines.