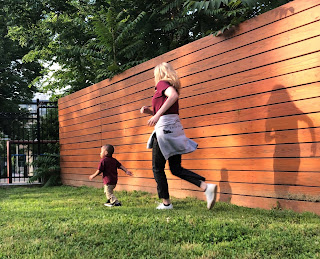 Oh, the places you’ll go when you work at the Elks National Foundation! Most recently, I took my first trip to our nation’s capital to work on a documentary that will hopefully lead many to “Be the Spark.”

We’ve been working on a series of features about veterans who received emergency assistance through the Elks. Since July 2015, the ENF has contributed $4 million to help end veteran homelessness. The money funds the Elks National Veterans Service Commission's Welcome Home initiative, which includes the Emergency Assistance Fund that helped support Nicole. She was brave enough to share her story with us again on camera to help other veterans like her.

The first day of shooting meant my first time visiting an Elks Lodge! Prince George’s County, Maryland, Lodge No. 1778 graciously opened its doors for us to film interviews with two Elks who are very involved and passionate about the Emergency Assistance Fund and Welcome Home project: Carl Robinson and Wayne Loudon.

Carl and Wayne, both veterans themselves, shared why they dedicate so many hours and drive so many miles to help veterans, and it’s to show veterans that they’re not forgotten. Both Carl and Wayne gave impassioned interviews that convey the need for Elks programs that are focused on supporting veterans. 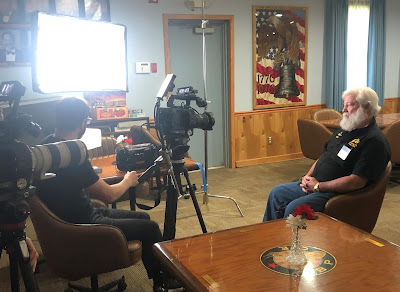 We also spent time at a V.A. medical center in D.C., where we spoke with Kevin Morton, a coordinator at the center. As soon as we walked through the door, Kevin thanked us for partnering with them and for helping so many veterans in the area.

“I’d do anything for the Elks,” Kevin says, and he did. We spoke with Kevin at length about the importance of this program and how it has supported dozens of veterans in need in the D.C. area. Every social worker we met that day had a smile on their face and gratitude in their voice for this program and for the Elks.

During the second day of shooting, from basically sunup to almost sundown, we spent the day with Nicole. We walked with her as she walked her oldest son to his bus stop and as she dropped off her toddler at daycare. We then spoke with Nicole about her experience serving in Iraq, her journey transitioning back to civilian life, and how the Emergency Assistance Fund helped her family keep their home. Although it’s the second time I’ve interviewed Nicole, the first via a telephone interview, I was just as in awe of her tenacity as I was the first time we spoke.

Before we started Nicole’s interview in her kitchen, I noticed an old photo pinned to her bulletin board. It was of Nicole and her son in a promotional pamphlet for another veteran program. She told us she keeps it there as a reminder of where she was when the picture was taken—at her lowest point—and where she is today. 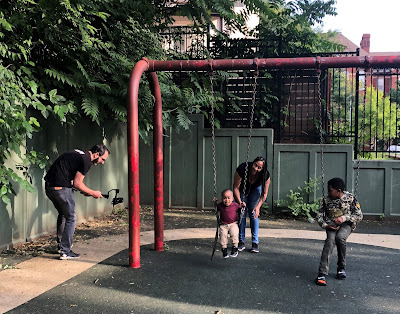 In part, Nicole bounced back because of people like Kevin, Wayne and Carl; but mostly, because of herself. She’s a strong-willed mother who’s working to make each day better for herself and for her family. I’m excited for everyone to hear her story and meet her incredible sons when the documentary is ready, so keep an eye out for it!

All in all, it was a successful trip that introduced me to a new city and wonderful people. I hope the finished product is as inspirational as the process.