My name is Cecily Froerer. I’m a junior at Utah State University where I’m studying Communicative Disorders and minoring in American Sign Language. Four years ago, I was a high school senior with two goals. First, obtain a college degree. Second, do so without any form of student loans. The second was a seemingly unattainable goal. 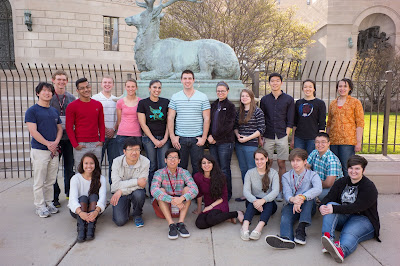 By some stroke of luck, I found myself in my high school’s office when two men from the local Elks Lodge shared information about the Most Valuable Student scholarship. As I continued about my week, I kept thinking about that scholarship. It was stuck in my mind. Eventually, I applied. Maybe, I would be able to get a little money for college from this. I couldn’t have dreamed what was about to happen.

The next year was a whirlwind of surprises. I watched as my scholarship application passed through the Lodge, to the district, and on to the state level! I was incredibly grateful, but I was also fairly confident that it would stop there. Nothing could have prepared me for being selected as one of the Top 20 National Finalists and attending the 2014 Leadership Weekend. As one of the MVS scholars, my unattainable goal suddenly became a reality!

Fast forward to 2018. In July, I participated in the 150 for 150 Service and Celebration Weekend with the Elks. At this point, it had been about three years since I’d really interacted with the Elks. I was excited to catch up with old friends and meet new ones. While I was there, I met Larry Hovorka, the Exalted Ruler, and his wife, Sally, from my Lodge. When you meet someone from the same Lodge, there is an instant, indescribable connection. I immediately sense their interest in me and my future, and I feel immense gratitude for their influence in my life; meeting the Hovorkas was no different.

As we packed bags for homeless veterans, the Hovorkas and I got to know each other. When I told them I was studying communicative disorders, with the hopes of someday becoming a speech pathologist, Sally stopped me. “Well, then you must know about Meadowood.”

I didn’t. As it turns out, Meadowood is a residential camp in my home state of Oregon that focuses on helping children with speech, language, and hearing challenges. In future years, I can volunteer there and gain experience in my field of study. 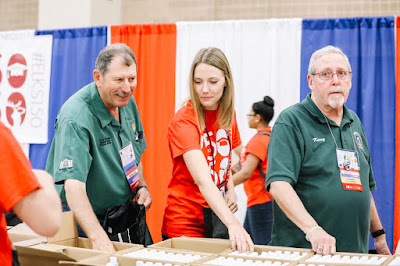 At this point, it’s becoming a bit unreal! Not only are the Elks funding my college education, they’re providing an entire camp where I can go and receive priceless experiences using what I have learned and love.

Were the Elks created as a resource just for me? Of course, I know they weren’t, and the camp isn’t about me either. It’s the Elks helping the children in their communities. But in true Elks fashion, those that serve can grow as much as those they’re serving. There is an endless web of people they are helping. I’ve personally seen it range from veterans to those experiencing homelessness. From children in need of eyeglasses to children with speech impediments. From an entire elementary school to a single college student trying to afford tuition.

While working with the Hovorkas, they asked me to come speak to my sponsoring Lodge. I quickly responded, “Absolutely! I love meeting Elks from my area!”

Going back to my local Lodge was overwhelming. From the moment I began planning my speech, I knew that I would never be able to do justice to the gratitude I feel. When I’m at my Lodge, I am always very aware of how much I owe them. My entire Elks experience started because of their efforts. They made my dream of a debt-free college education into reality.

Even though I felt nervous to address them, I knew the nerves weren’t needed. The moment I entered the Elks Lodge, I felt welcomed. They greeted me, introduced me to those I didn’t know, asked for my advice, and listened to what I had to say. There really isn’t a better way to explain it than Elks Family.

I encourage all Elks scholars to reach out to their local Lodge. It may seem intimidating to walk into a Lodge filled with strangers, but I promise, you won’t leave as strangers. It’s because they’re Elks. They help people. It’s who they are, and it’s what they do. And as Elks scholars, we’re blessed to be part of it.