The Way It's Meant to Be 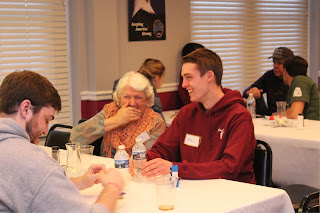 My name is Marc Rademaker and I am a first-year at the University of Wisconsin-La Crosse. I’m majoring in Biology on the pre-medicine track with a minor in Chemistry.  Traveling to Asheville with my fellow Elks scholars marked my second service trip with the Elks after Santa Monica this past winter.

Entering the Asheville Service Trip, I had very high expectations for the week. My experience in Santa Monica had been so incredible that I couldn’t wait for another great week with the Elks. I was not disappointed. Arriving at YMCA Blue Ridge Assembly, I immediately began to form connections with my fellow Elks scholars. Because it was a smaller trip, we were able to grow close almost immediately while sharing our stories and ambitions with one another. These new friends came from Alaska, Puerto Rico, and everywhere in between to serve together.

As I witnessed the sunrise on the first day of service, I knew that this week was meant to be something great for all of us. Amidst the days of cleaning up rivers, installing flooring, and cleaning homes, we gained valuable energy and determination from one another. We began to realize our common desire to better ourselves, those around us, and the world as we know it.  Through late-night talks and exploring the beauty and mystery of the mountains, we formed deeper connections. 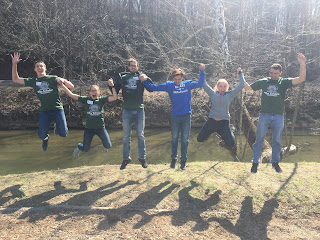 While it was easy to form connections with Elks scholars, much of the week constituted indirect service. As a result, it was sometimes difficult to see our impact on the people we were serving. However, one powerful way I did see our impact was at the Veterans Restoration Quarters. The organization transformed an old Super-8 Motel into a living space for veterans transitioning out of homelessness. I was able to install flooring with a few of the other scholars in a resident’s room. In a group of perfectionists, the job was destined for greatness. We enjoyed each other’s company through the service we performed, but I was still curious about what I was achieving by simply installing flooring.

It was not until later in the day that we discovered the story behind the room we were preparing. One of the volunteers at the VRQ, who was a veteran himself, had been living out of his car unbeknownst to the organization. Upon finding out, the staff did not hesitate to clear out a storage room and make it into a home for him. I was awestruck at learning this; that a man who himself was homeless could still find joy in serving those who have served our country.

It is people like this who drive me to become a better version of myself. I realized, then, that our work that day took the burden off the organization, allowing them to complete other important work. The indirect jobs allow direct, personalized service to happen. Although I never met him, I will remember the selflessness of the man moving into the new room who humbly served others in the same difficult circumstance. 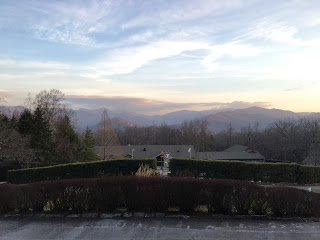 Others, like that veteran and the Elks scholars I met, had a profound impact on me. During thoughtful reflection at the end of each day, we analyzed what we could have done better and how we can apply what we learned to our daily lives. We gained a drive to achieve more in our academics and service at home by seeing that drive reflected in our peers. I saw myself, and who I strive to be, in every person that week: someone who has zest for life, knows the importance of serving others, and is persistent in achieving goals. I saw who I strive to be in the future in those I met at Elks Lodges. I saw the best of humanity in the humility of individuals willing to serve.

Isn’t that the way it’s meant to be?