Not Alone in the Lone Star State

Brandon Dawson is a 2016 MVS scholar sponsored by Dover, Del., Lodge No. 1903. He will begin classes at Duke University in Fall 2016 as an Environmental Science and Policy major. In high school, Brandon was highly involved in musical theater, served as President of the National Honor Society, and started his own honey selling business: The Bee’s Knees Honey.
As a high school senior frantically searching for the means to finance my education, I stumbled upon a seemingly normal scholarship from none other than the Elks National Foundation. Little did I know that turning in my application at the local Lodge would send me on a journey to Houston; a journey that is far from over.

After being selected as one of the 500 national finalists for the Most Valuable Student Scholarship, I was eager to await the results of the Top 20 who would be attending the Leadership Weekend in Chicago. Unfortunately, I was not selected to attend and believed my time with the Elks to be over.

Later down the road, I received an email informing me that I was eligible to apply for the Elks Scholar Advisory Board. The more I looked into it, the more excited I became to try and continue working with such a charitable organization. Luckily, I was selected as the Freshman Representative and one of my first responsibilities was to attend the Elks National Convention in Houston.

On the plane ride to Houston, my mind was full of excitements, curiosities, and worries. Before the National Convention, my only exposure to the Elks was a small meeting at my local Lodge to accept the scholarship. I was extremely nervous that my lack of experience with the organization would hinder my ability to connect with Elks from around the country.

These fears were quickly refuted as I began to meet the other members of the Advisory Board and ENF staff. 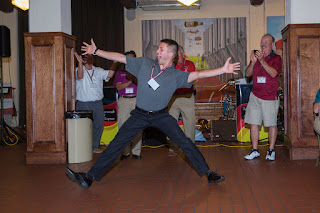 Since becoming an Elks scholar, I noticed that the hashtag #ElksFamily was prevalent on many social media accounts of current and past Elks scholars. Yet, it wasn’t apparent to me what that truly meant until I walked into the convention hall in Houston and saw members from every state in the US happily mingling and speaking to each other as if they’ve known each other forever, though they only meet once a year.

The same hospitality applied to the Elks scholars as well. Members from all over were so eager to speak with scholars and learn about their stories. To me, seeing a Lodge member from New Mexico and an Elks scholar from Wisconsin meet for the first time and laugh with each other like old friends is the true meaning of #ElksFamily. 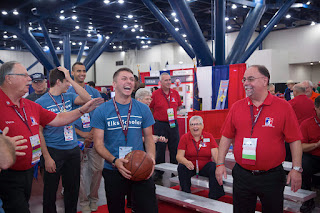 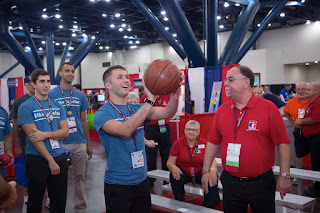 During the opening session, numerous speakers used the term “more than just…” to describe various aspects of the ENF; “more than just a scholarship,” “more than just volunteering,” or “more than just a convention.” Yet this phrase couldn’t ring truer when it comes to the opportunities the Elks National Foundation provides to individuals of all ages across the country. I am proud to call myself an Elks scholar and can’t wait to see what these next four years on the Scholar Advisory Board will bring.

Bio: Brandon Dawson is a 2016 MVS scholar sponsored by Dover, Del., Lodge No. 1903. He will begin classes at Duke University in Fall 2016 as an Environmental Science and Policy major. In high school, Brandon was highly involved in musical theater, served as President of the National Honor Society, and started his own honey selling business: The Bee’s Knees Honey. 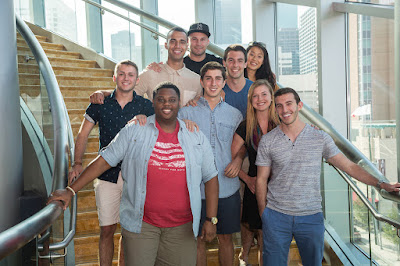