A Family from Coast to Coast 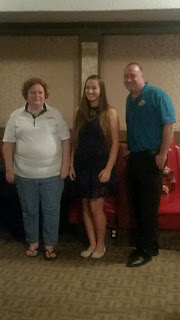 One thing about being an Elks scholar that I always emphasize is the tremendous family that I have obtained. I felt it when the New York State Scholarship Chair contacted me and matched my excitement in advancing to another round. I felt it when I met 19 other scholars who shared my values during the MVS Leadership Weekend last April in Chicago. I felt it when I looked at the audience at the Elks National Convention last July in Indianapolis. I felt it when I checked my inbox and saw that I still get messages from fellow scholars and representatives. Most recently, I felt it when I stepped into the Van Nuys-Reseda, Calif., Lodge No. 2790 in October, after moving across the country to attend UCLA.

My aunt and I walked into the Lodge and were immediately greeted with smiles. I was able to meet even more members of this giant family that I recently became a part of, each with their own stories and motives to be a part of the Elks. I heard about everything from how their kids were doing in school to how difficult it is sometimes to be a teacher. What may seem like small conversation actually meant so much more to me. These people that I had just encountered for the first time or met very briefly at the National Convention treated me like an old friend that they were catching up with. I thanked God that I am so lucky to have this family behind me.

After chatting for a while, I was given a tour of the Lodge, which ended up being so much larger than I had initially gathered. I learned some amazing tidbits like how the Lodge was the set of quite a few scenes from various movies and music videos and how it was supposedly haunted (which the Exalted Ruler, Mike Gaglio, swears upon). I was even lucky enough to be able to meet some of the Junior Elks, or “Antlers,” that were helping serve us that night. 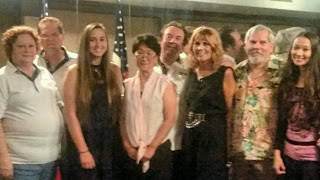 Following a brief (but extremely delicious) meal, Michele Werbeck, the Scholarship Chair and Past Exalted Ruler, got up and spoke briefly about the origins of the Elks Lodge and the purpose of the Elks National Foundation. She then invited me up to share a little about my experience and explain to some of the high schoolers in attendance the process and stages of applying for the Most Valuable Student Scholarship. When I was finished, Michele presented me with a small gift that honestly meant the world to me. She said it was to express their gratitude for me coming out to their Lodge, but what she didn’t know is how extremely grateful I was to be invited and welcomed in such a hospitable manner. 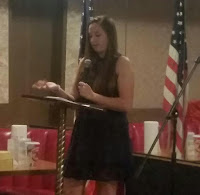 My experience at the Van Nuys-Reseda Lodge was one that reinforces everything I have been saying about my Elks family since the Leadership Weekend this past April. This supportive community that I was blessed to become a part of is something I cherish every single day. I am so immensely appreciative and proud to be an Elks scholar and a member of the Elks family.


In 2015-16, the Elks National Foundation appropriated $4.16 million to fund the ENF scholarship program, which provides college scholarships, ensuring a bright future for our nation’s youth. As important parts of the Elks family, Elks scholars have many social and service opportunities to connect with the Elks and each other. For more information about our scholarship programs, and for ways Lodges can get involved with Elks scholars, visit www.elks.org/enf/scholars.