A Week in Manistique

My name is Danny Evans, and I have received a scholarship through the Elks Most Valuable Student Program. I live in Holland, Michigan and am a sophomore at the University of Michigan, where I am studying Biophysics. 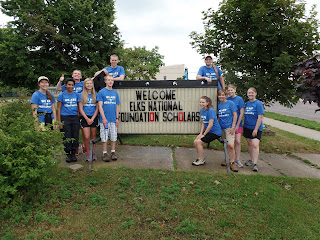 Recently, I had the opportunity to attend the first ever Elks Scholar Service Trip. I joined a group of ENF staff and other Elks scholars and headed to Manistique, Michigan to spend a week volunteering with Habitat for Humanity. We helped restore a house by installing insulation, siding, and subfloor, and even leveled an uneven floor. The trip was a very enjoyable and rewarding experience that I would recommend to all Elks scholars.


When I started the trip, I did not realize how enjoyable the trip would be. I had hoped that the trip would have some fun moments, but fun was not very high on the list of reasons I signed up. I wanted a chance to give back by serving with the ENF, which has given so much to me, and I was curious about what other Elks scholars are like. I also wanted an excuse to take a week off from my summer job of fighting an uncooperative cash register at a grocery store.

So, I was very pleasantly surprised by how enjoyable the trip turned out to be. Although we certainly spent a lot of time serving the community, we also found time for sightseeing trips to visit area landmarks. Additionally, we got to meet members of two Elks Lodges, and got a tour of one of the Lodges. These trips allowed us to relax after the day’s work, gave us a chance to appreciate the part of Michigan we were serving, and allowed us to get to know each other better. 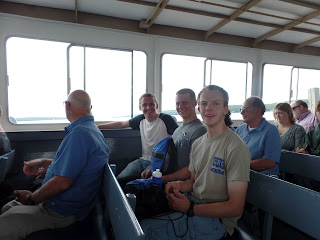 Even the time spent remodeling the house was enjoyable, as it was spent with a great group of people. The remodeling process was also enjoyable because of the opportunity to witness the amount of change we were able to make in just a week. When we arrived, it was difficult to picture the house ever being safe to live in. (In fact, even being in the house to work on it was a little spooky.) By the end of the week, it seemed very reasonable that a family would someday live in and enjoy the house. Daylight no longer shows through cracks in the walls, which are now covered in sheets of blue Styrofoam insulation. The entryway floor is no longer sloped. The siding looks much better than it did when we arrived. The house is certainly not ready to be lived in, but we left it much closer to move-in day than we found it.

In conclusion, the trip gave me a new appreciation for the impactful and fulfilling experience of service, helped me understand who the Elks and Elks scholars are by introducing me to members of these groups, and allowed me to get to know a part of my home state I had never visited and knew very little about. The opportunity to go on this type of trip is one of the many perks of being an Elks scholar, and I encourage all of my fellow Elks scholars to consider attending a service trip.


In 2015-16, the Elks National Foundation appropriated $4.16 million to fund the ENF scholarship program, which provides college scholarships, ensuring a bright future for our nation’s youth. As important parts of the Elks family, Elks scholars have many social and service opportunities to connect with the Elks and each other. For more information about our scholarship programs, and for ways Lodges can get involved with Elks scholars, visit www.elks.org/enf/scholars.