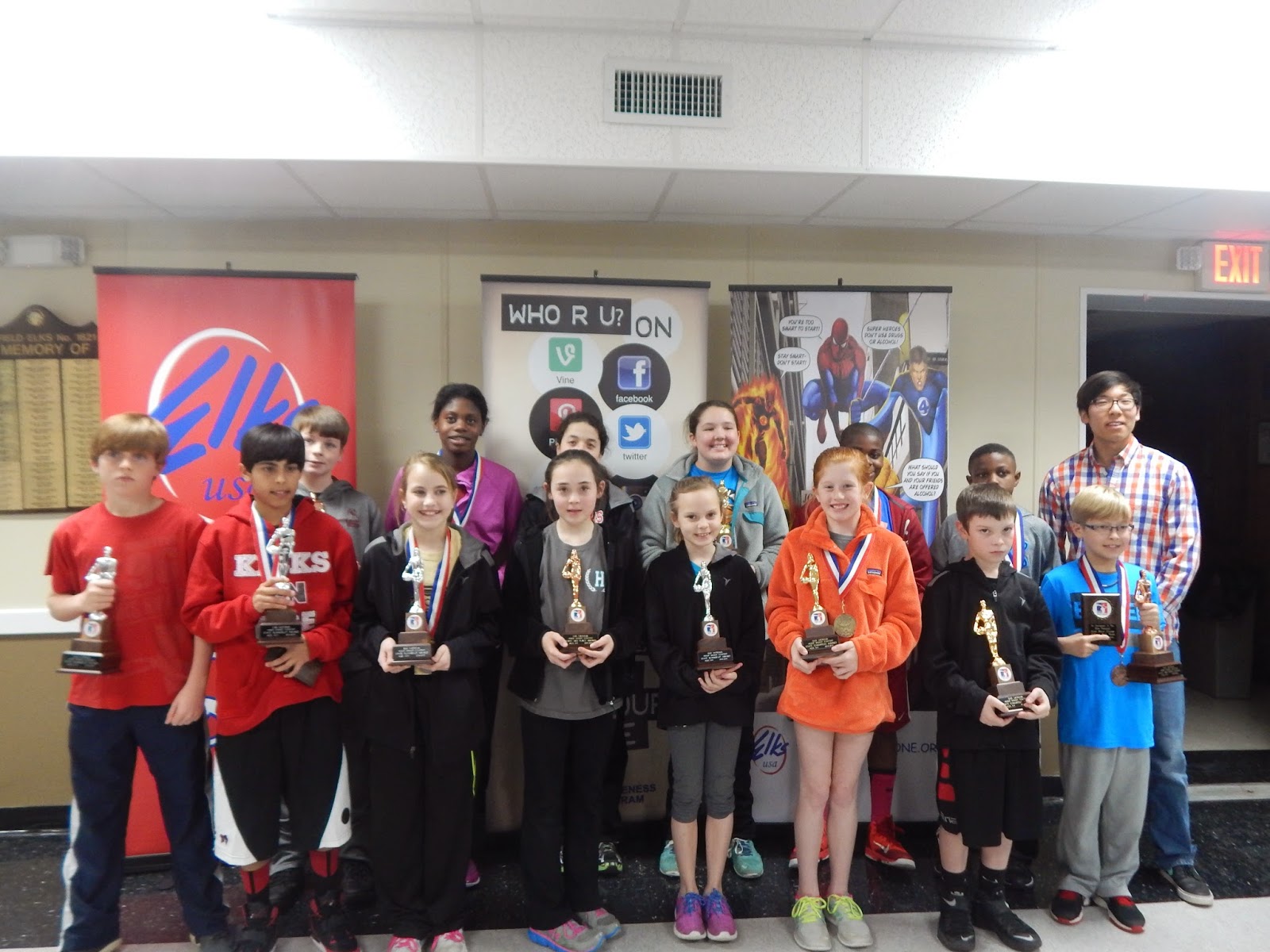 I finally got the chance to volunteer at the Alabama Elks State Hoop Shoot Contest. Full of tests and deadlines, the week leading up to it had been demanding, but the Hoop Shoot had been marked in my calendar for more than a month, and I was excited to attend. Representing various Lodges from across the state, hopeful participants and their families traveled hours to gather at Birmingham Southern College for the contest. It was nice to see how the Hoop Shoot brought the community together to support the hard work and persistence of the contestants. 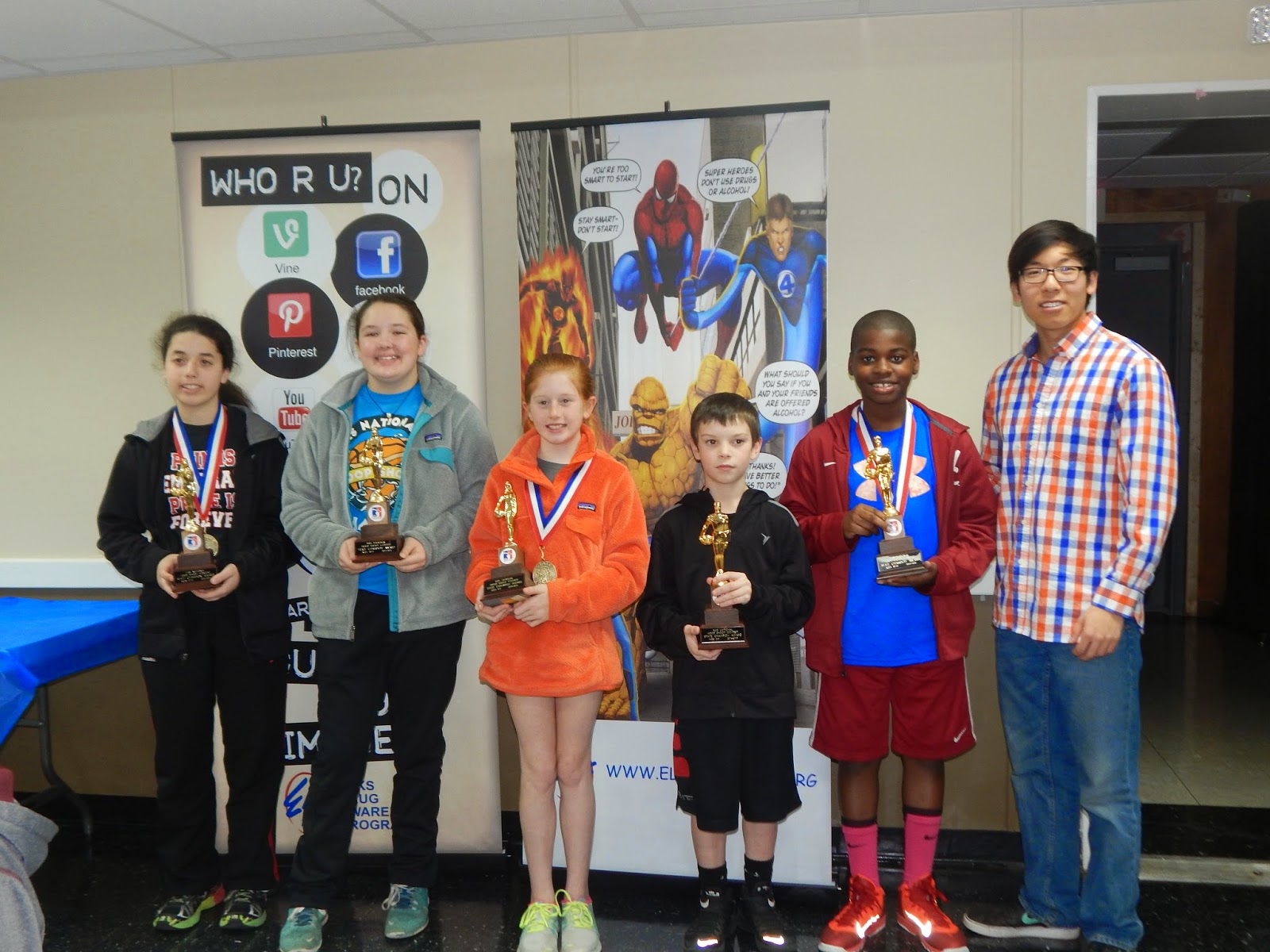 Walking into the gymnasium, I spotted familiar faces from my sponsoring Lodge, Bessemer, Ala., Lodge No. 721, and several others I had met at the Elks National Convention in New Orleans over the summer. With wide smiles and open arms, they approached me and asked me about my family, my first year in college, and so on. As registration came to a close, everyone squeezed together in the bleachers, waiting for the much-anticipated Hoop Shoot. Before it began, I was unexpectedly introduced to the crowd to say a few words. I briefly told them how I remember watching a number of Hoop Shoot videos during the MVS Leadership Weekend and thinking, “This is something I want to be a part of.” I wished everyone the best of luck and took a seat near the half-court line so that I could watch both the boys and girls compete.

As the 8- and 9-year-olds began to line up, a silence fell across the gym, and everyone was still. The only sound came from basketballs hitting the ground, rim, and most times, nothing but net. I believe the pressure of a loud crowd of fans pales in comparison to that of dead silence, and I completely underestimated how well the contestants would handle it. I did not expect many to sink more than 20 baskets, but one 8-year-old quickly proved me wrong, confidently making 23 shots out of 25. I was beyond impressed. Shooting free throws seemed like second nature to them. Whatever pressure filled the gym was put aside and replaced by complete focus. As each contestant walked to the free throw line, I could see the sheer determination in their eyes and the hours of practice evident in their polished forms. I did not want anyone to lose, so I held my breath in anticipation for each shot, hoping for the lucky bounce that would tip the ball in. 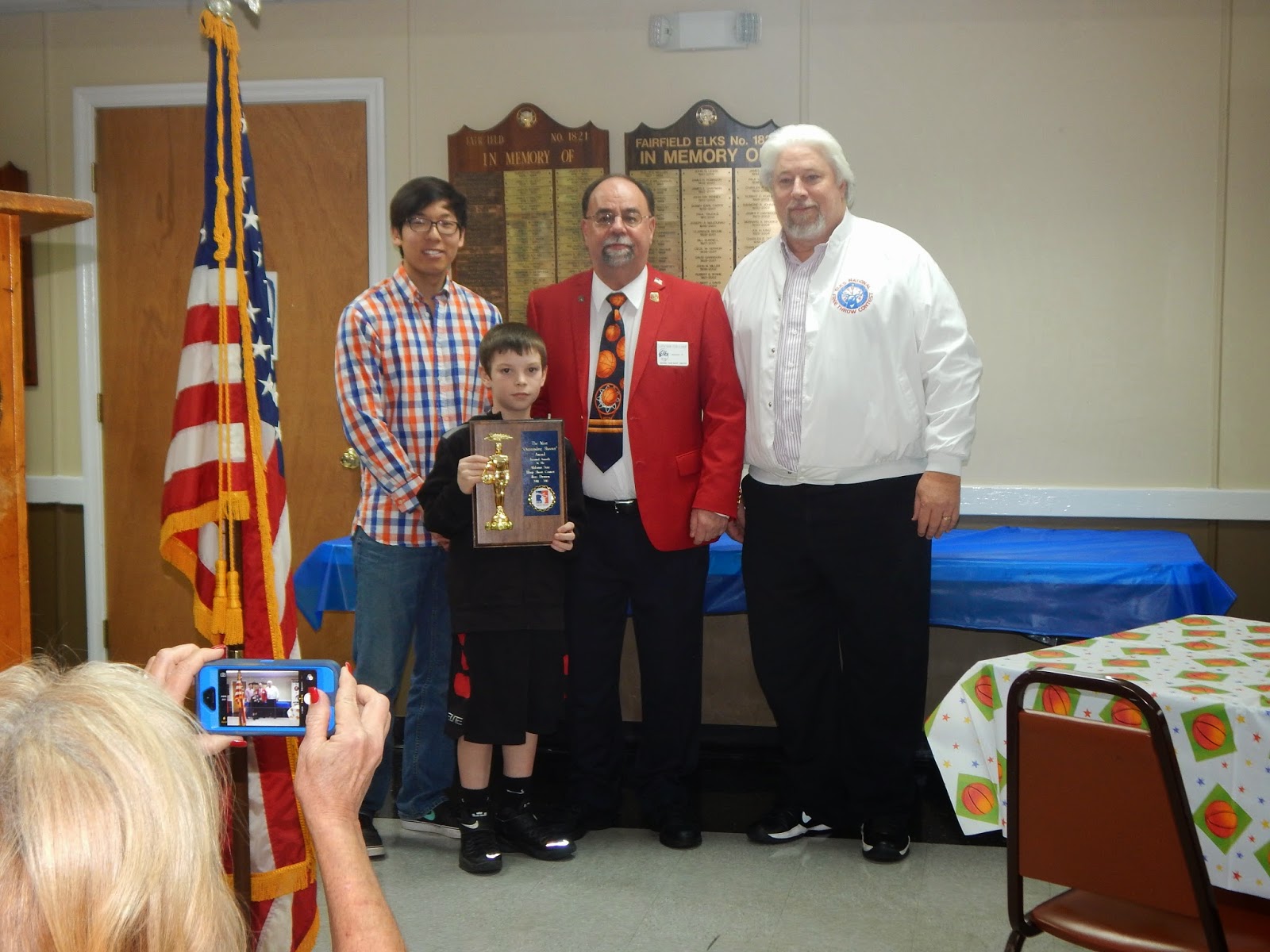 The great thing about the Hoop Shoot is that everyone is on a level playing field. Being fast or tall does not give any one person an advantage. Instead, the only thing that matters is how much time one spends perfecting one’s free throw shot. Not only is the Hoop Shoot fair, it teaches kids important values, such as self-discipline, goal setting, sportsmanship, and so on. Indeed, it is hard to think of another program that offers such a wide range of merits. The Hoop Shoot was everything I expected and more.

In college, I have found that it is easy to get stuck in a routine and become absorbed by your studies and extracurricular activities. Oftentimes, you forget to take a step back and examine everything around you. The Hoop Shoot not only gave me a much-needed break from school but also reassured me of my place within the Elks family and the support I can draw from it. I am incredibly lucky and grateful to have this profound connection and invaluable resource.

Elks scholars like me want to get involved with your Lodge activities! If you are interested in inviting Elks scholars to volunteer at your Lodge, email scholarship@elks.org for more information.

Eric Kim
2014 Most Valuable Student Scholar
Sponsored by Bessemer, Ala., Lodge No. 721

In 2015-16, the Elks National Foundation appropriated $4.16 million to fund the ENF scholarship program, which provides college scholarships, ensuring a bright future for our nation’s youth. As important parts of the Elks family, Elks scholars have many social and service opportunities to connect with the Elks and each other. For more information about our scholarship programs, and for ways Lodges can get involved with Elks scholars, visit www.elks.org/enf/scholars. For more information about the Hoop Shoot, including videos and news from the court, visit www.elks.org/hoopshoot.